by admin21
in Homeschool Info
0

One can view the history of education as an ongoing struggle between those who feel education is something to be done for someone and those who feel it is something people do for themselves. Educationists love to point out that their job is draw forth the latent talents of their students, to push and expose them to ideas and experiences they feel are necessary for children to know. Educationists find the origin of the English word “educate” in the Latin word, educere, meaning “to draw forth.” Our English word, educe, has the meaning “to make something latent develop or appear” according to Word’s on-line dictionary, so it is not surprising that educationists find their justification for pulling out students’ potential in that word. Indeed the political idea of “universal compulsory schooling” and the pedagogical concept of “making students learn what we think they ought to learn” are rooted in the educational concept of “drawing out,” even by force of law. This model of education is all about doing something to someone ­ whether they want it or not. 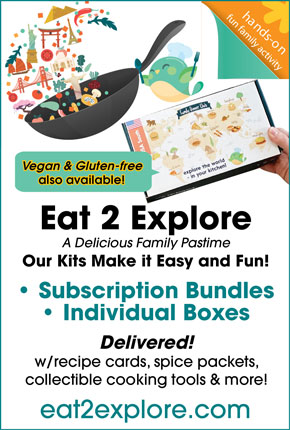 Though America is a democratic republic where “the pursuit of life, liberty, and happiness” are paramount, we school our children in a most undemocratic manner. Just over 150 years ago, America created compulsory school laws “for people’s own good” and these laws and educational customs have become so rooted in our culture that most citizens think they were ordained in our Constitution. However I think the political, spiritual, and ethical histories and reasons against universal compulsory schooling deserve a fresh look by we in the twenty-first century. Politically, Adams, Franklin, and Jefferson did their best to argue the need for government-supported public schooling, but it is an argument they lost. Education was considered, in those days, to be a personal, local and state issue, not a Federal issue. Spiritually and ethically, theologians and philosophers contend that it is wrong to compel someone to do something against his wishes, which is why God can’t make us always choose the right thing to do and why in a free, democratic society we tolerate weird ideas, alternative lifestyles, and odd religious practices. Today these issues get ignored or are dismissed with the arguments that compulsory schooling is, at best, the only way to ensure children become good citizens, or, at worst, a necessary evil because we have no place better to put children while their parents work. I hope we can create many more places and reasons for children to grow and learn in our society than the narrow options these arguments allow, which is also why I see homeschooling as a hopeful path for education.

What complicates my position is that I’m not calling for the de-funding or abolition of schools. I find it disheartening to continually have conversations about schooling, revolve around issues of funding and curricula, which, to me, are conversations about the tickets and deck chairs for the boat we call USS Education. Instead, I want to talk about coming up with a completely redesigned boat! I challenge the need for compulsory school laws, not the need for places where people can learn. There have been schools, even in early America, of course, but they were ad hoc, short-term arrangements, not the womb-to-tomb credentialing bureaucracies we have today.

There will probably always will be schools, in one form or another, because it makes social sense to organize materials, knowledge, and gathering places in central locations for people to share. Indeed, as the home-learning movement continues to grow it is creating its own types of schools, often called learning co-ops, learning centers, or resource centers. I hope these new forms of school will not just be replacements for brick and mortar schools, nor more educational institutions seeking to turn themselves into brand-names for privilege and prestige. I hope the creators of these centers will challenge the status quo of school and curricula, rather than gently seduce families into doing school-at-home. I want to remind people who feel compelled to build such places, and all adults, to be guided by the true meaning of the word “education,” rather than the accepted wisdom of what it means.

“Educere” is not the origin for our words “educate” or “education.” Educators who feel I am mistaken need only open the Oxford English Dictionary to see the origins and etymology of “educate.” Our word originated from the Latin word “educare,” which means to nourish, to rear, to bring up. Education’s roots are in the concept and image of breast-feeding, a moment when the child is an active recipient of nourishment. It is a moment of repose and sharing for both adult and child. Ivan Illich, who explained our modern confusion about the root meaning of the word “education” to me, noted that in early European Catholic monasteries one can find statues of Abbots that portray them as having breasts to dispense “the milk of knowledge” to the monks. This meaning of “education” is related to the word “educere” — drawing forth — but, in the context of a child drawing forth a mother¹s milk.

Over time, we have forgotten not only our educational roots, but the roles of patience, love, and hope that should be integral parts of any educational environment. Indeed, the educational environment for children today is more workplace than home: Patience, love, and hope are replaced by time-frames, curricula, and expectation. A parent is considered to be educationally neglectful if his/her children aren’t in school (and the younger they start school, and the longer they are in it, the better) or, if they homeschool, the parent is negligent if s/he isn’t hovering over the child, making sure lessons are dutifully tended to every day. To allow a child to roam freely and interact with people of all ages in their home and local community is viewed with suspicion in today’s world and borders on neglect, to many authorities. But this is the way our culture developed and passed from generation to generation since the beginning of time, with children being part of their local community.

The root of education is nourishment from parent to child. Educationists will readily admit that children who do poorly in their classes probably come from a poor home environment where the parents are clueless about what their children are doing in schools, or they will blame communities that don’t support education. Yet, rather than deal directly with the root issue of why homes and communities are not nourishing places for children to grow up in, educationists clamor for more school hours, as if mastery of state education standards can replace a lack of adequate housing, basic health care, and a living wage so parents can have time at home with their children, rather than having to work more than 40 hours per week just to meet rent and expenses.

If we can keep the original meaning of education foremost in our minds when we discuss it, instead of focusing on more laws and techniques to draw forth what we expect from students, we can learn how to work with young people to create new solutions to the problems of growing up today. ■ P.F.

Pat Farenga has been a prominent leader in homeschooling and unschooling for over 40 years. He is a very popular and dynamic speaker at homeschool conferences around the nation and has authored books of his own and assisted the legendary John Holt in producing his books and the now-defunct newsletter, “Growing Without Schooling”. Pat and his wife, Day, homeschooled (unschooled) their three grown daughters. His blog is: http://patfarenga.squarespace.com/.

Connect Your Family With Games

The Joy of Knowing How To Learn, Languages Skills Series